Icons made by Google from www.flaticon.com is licensed by CC BY 3.0
Menu
Home > Company> Company 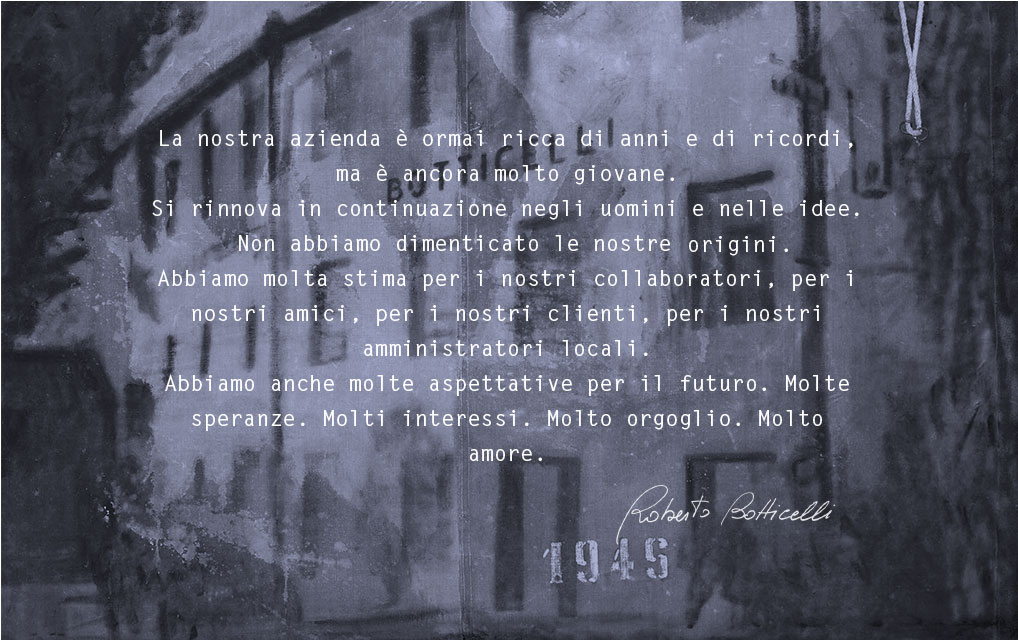 A Montegranaro, capital of the footwear district, in one of the most important centers of Italy, Aldo Botticelli, master carver of skins, opened his workshop and founded a company that manufactures products for the domestic market. 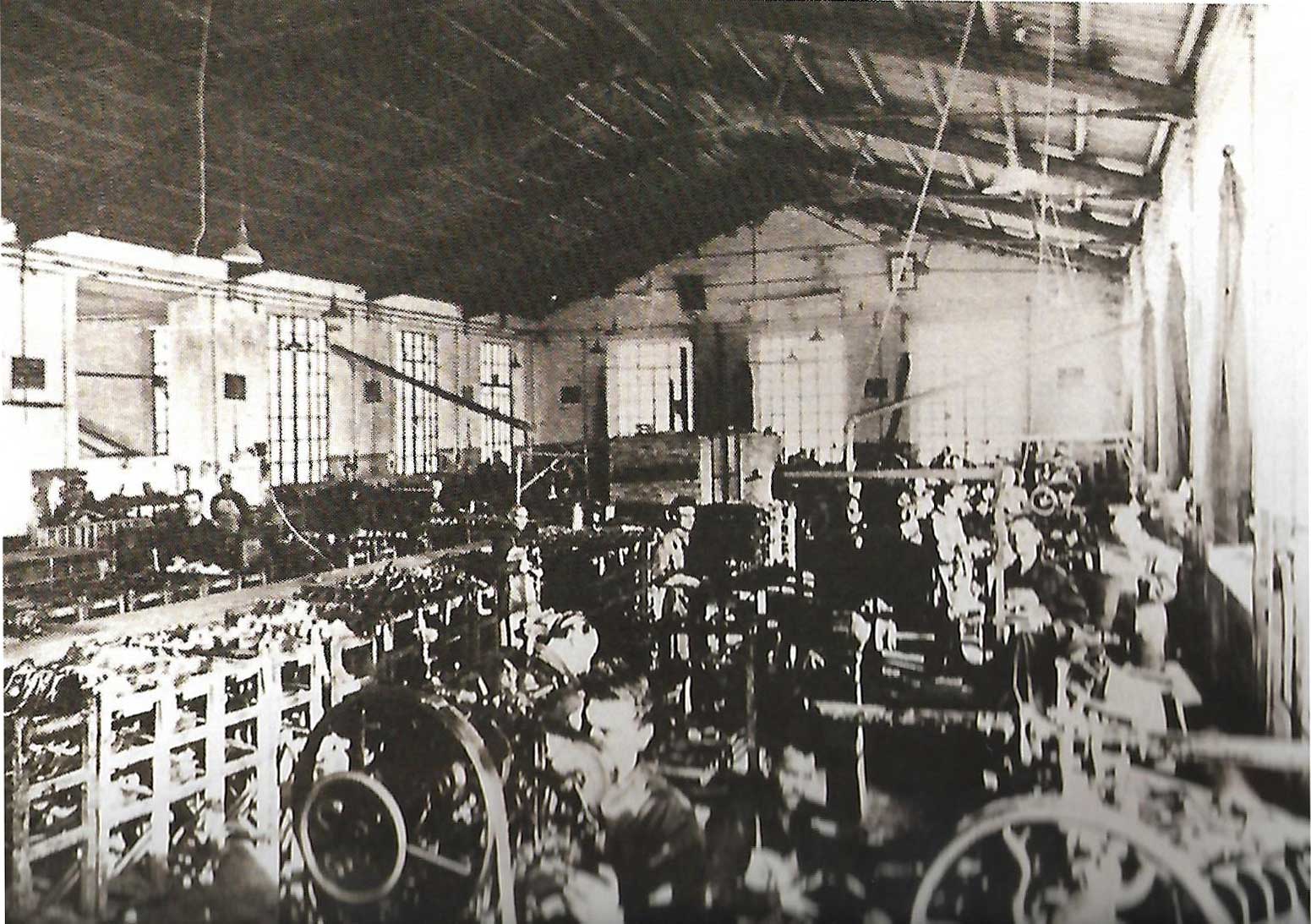 This journey is the story of the company’s life and values. Aldo Botticelli was the founder. With him the old workshop evolved into a “factory”. His son Roberto is the continuer. The author of the success. He attended the University of Macerata, an excellent campus of legal studies and traditions. He graduated in 1975 and joined the company. He renewed the know-how. He was interested in art. He multiplied public relations. He had a predilection for the artistic research of Osvaldo Licini, a painter of poetic abstractionism who kept the European cultural debate alive in the Fermo area. His attention to art, and his interest in antiques and music helped him in research and experiments, working towards the canons of contemporary aesthetics. His wife Giuseppina assisted him with rare and wholly feminine sensitivity to stimulating and innovative design. Beauty thus became a force aggregating values. 1980. Fashion production began. 1995 was the year of luxury in a limited edition. The brand Botticelli Limited was born. It is global and local, the new philosophy of producers of luxury products, destined to be universal status symbols. A philosophy lived in a land of great equilibrium where beauty is in the air. Refined and practical, his son, Luca Botticelli, is the new, the future. We are already at the beginning of the third millennium.

A famous model synonymous with elegance and luxury is photographed wearing shoes of a brand ready to enter the world of fashion. A model at the start of her artistic career becomes an integral part of the history of fashion just like the company, destined to succeed in the footwear district of the Marche. 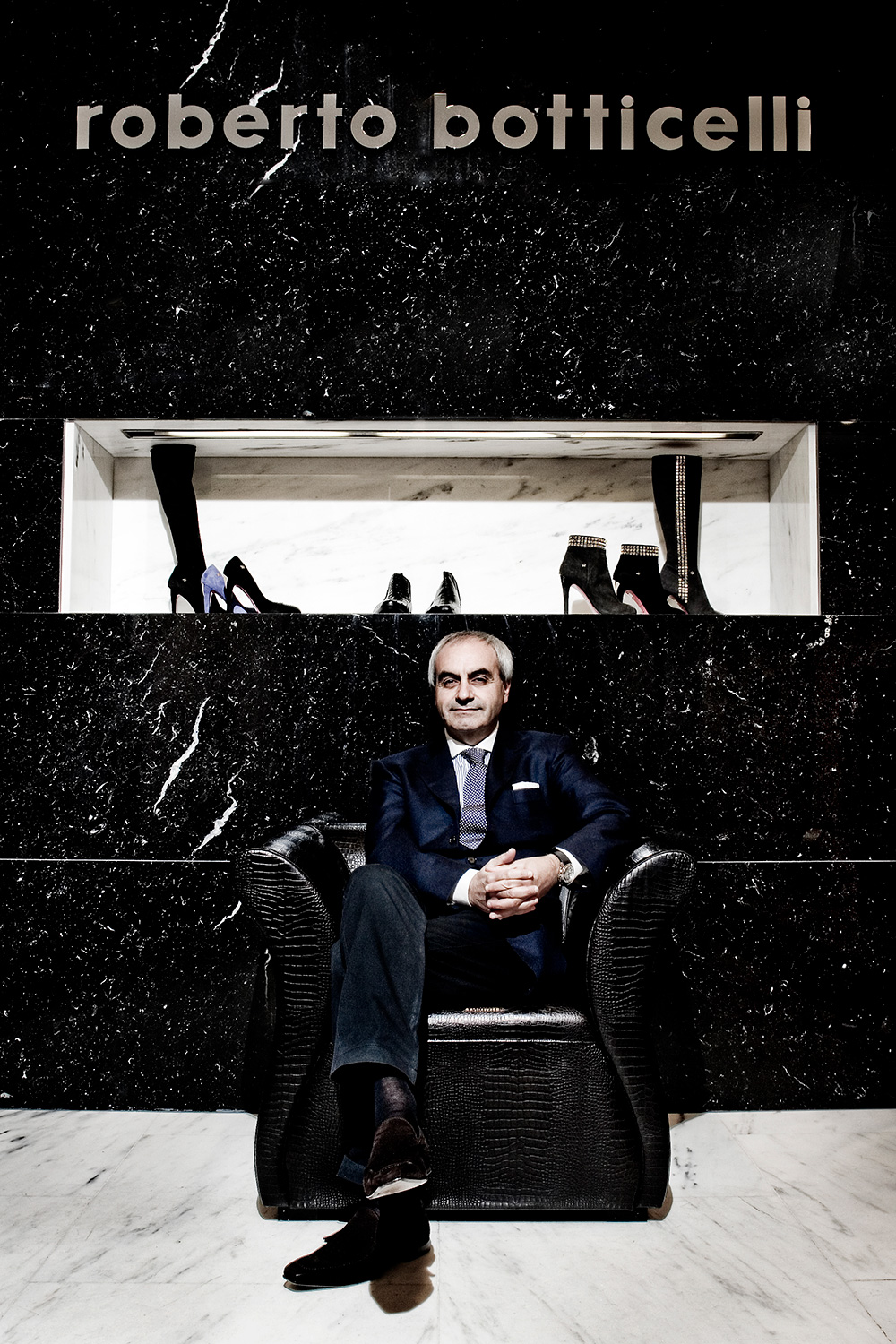 breaks into the future

Roberto Botticelli, son of the founder Aldo, joined the company and renew the know-how.
The passion for art, interest in antiques and attention to music converge in a research-oriented standards of beauty contemporaries.

The production structure in need of tools, functions. The buildings have their own ideas and identity of this has come the new headquarters Roberto Botticelli. 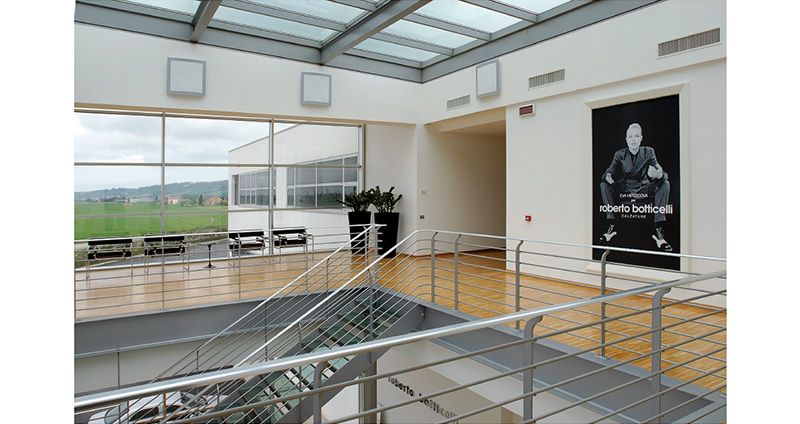 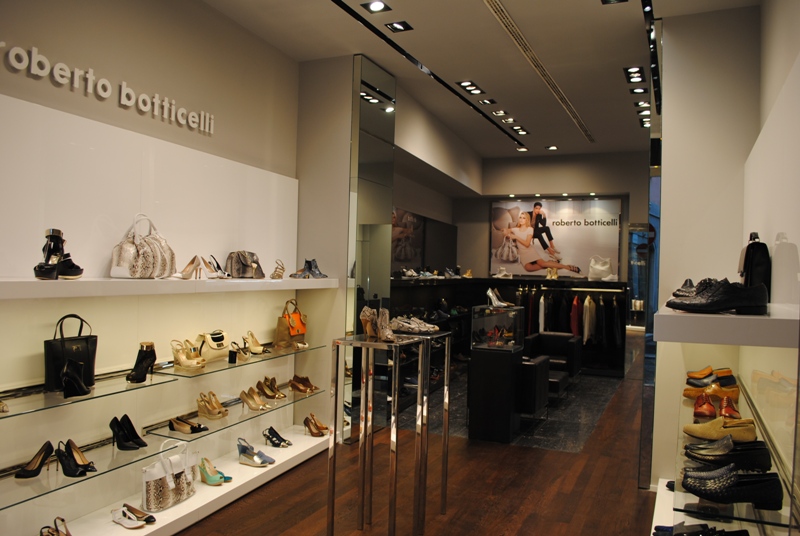 Line dedicated to the male universe, WHERE craftsmanship, product, research USE OF PRECIOUS MATERIALS ARE THE KEY ELEMENTS OF FUTURE COLLECTIONS. 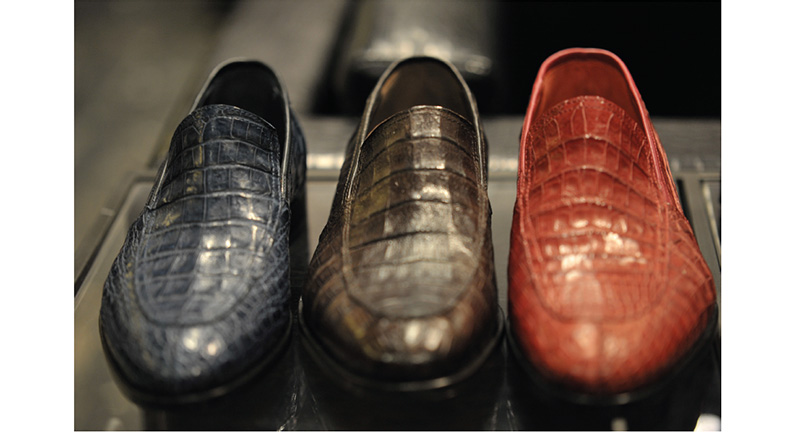 In September 2011, Botticelli starts an ambitious and transversal project in the moving context of 'Terrazza Martini' in Milan.
A project that gives shape to the passion for contemporary art and love for the search for emerging artists internationally own Roberto, with the aim of promoting the encounter between the world of fashion and art.

Roberto Botticelli involving internationally renowned artists, in the realization of real installations, using the shoes of the House.
a project that aims to give visibility to contemporary art, offering the unprecedented support of the shoe - that becomes the artist creative platform - with a concrete goal of high value: support a number of associations Onlus, in the research phase.
at the special project, includes works by artists of the caliber of Luigi Pignatelli, Pierluigi De Lutti, Dele, Marco Tamburro, John Van Der Walk, Giovanni Frangi, Mario Arlati and Johnathan Allen. 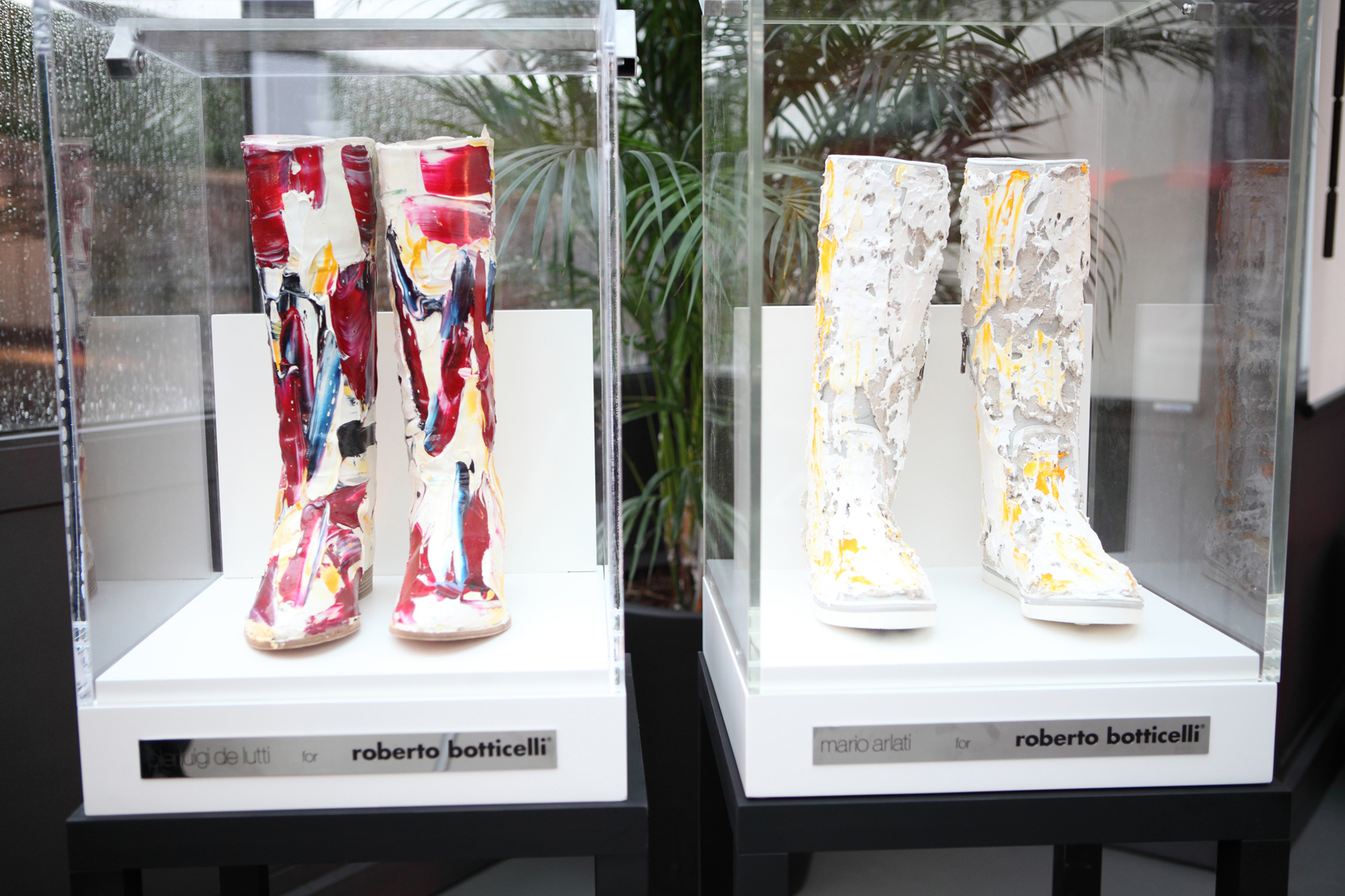 For first artistic capsule collection maison choose the genius of action painting: Jackson Pollock.
On only three models made of black calf was used in the staining technique invented by the artist Jackson Pollock; The drip painting. 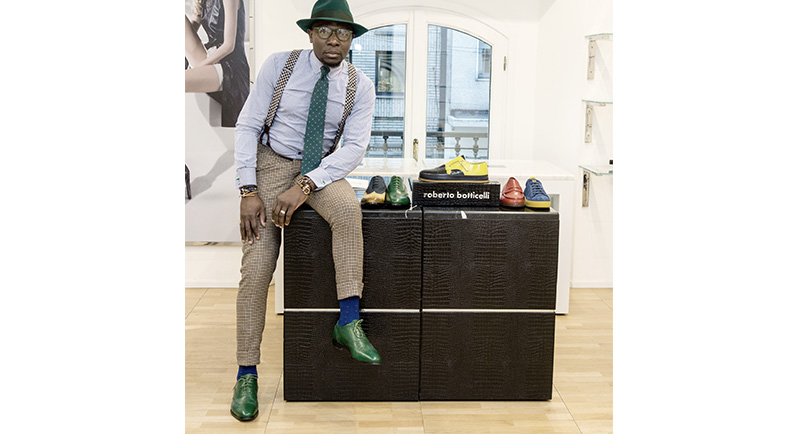 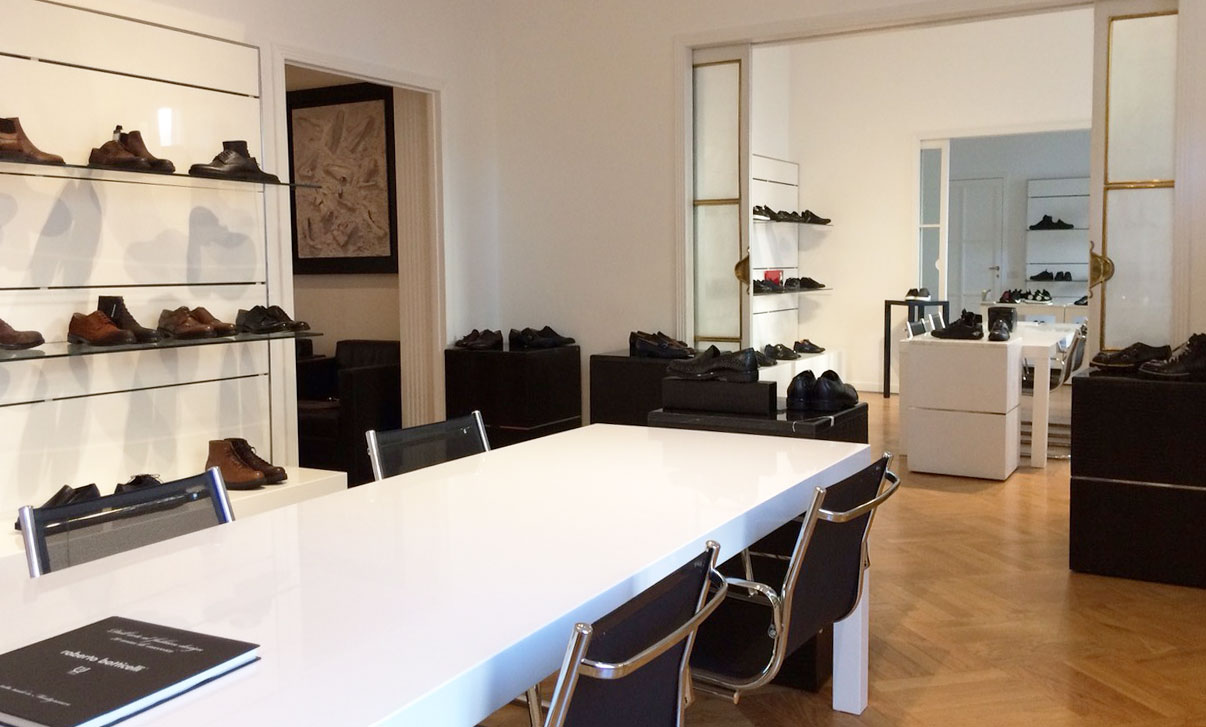